The 2022 NFL Championship Football Game, featuring the Los Angeles Rams and Cincinnati Bengals, is set to be played at SoFi Stadium in Inglewood, California.

Located on the former site of the Hollywood Park Racetrack in Inglewood, SoFi Stadium is home to the Los Angeles Rams and Chargers professional football teams. In order to prepare it for the 2020 National Football League (NFL) season, the stadium underwent massive construction to transform it into a state-of-the-art facility with the latest technology and increased capacity. The construction of the building took about four years from November 2016 and opened to the public on September 8, 2020. It cost $5 billion. 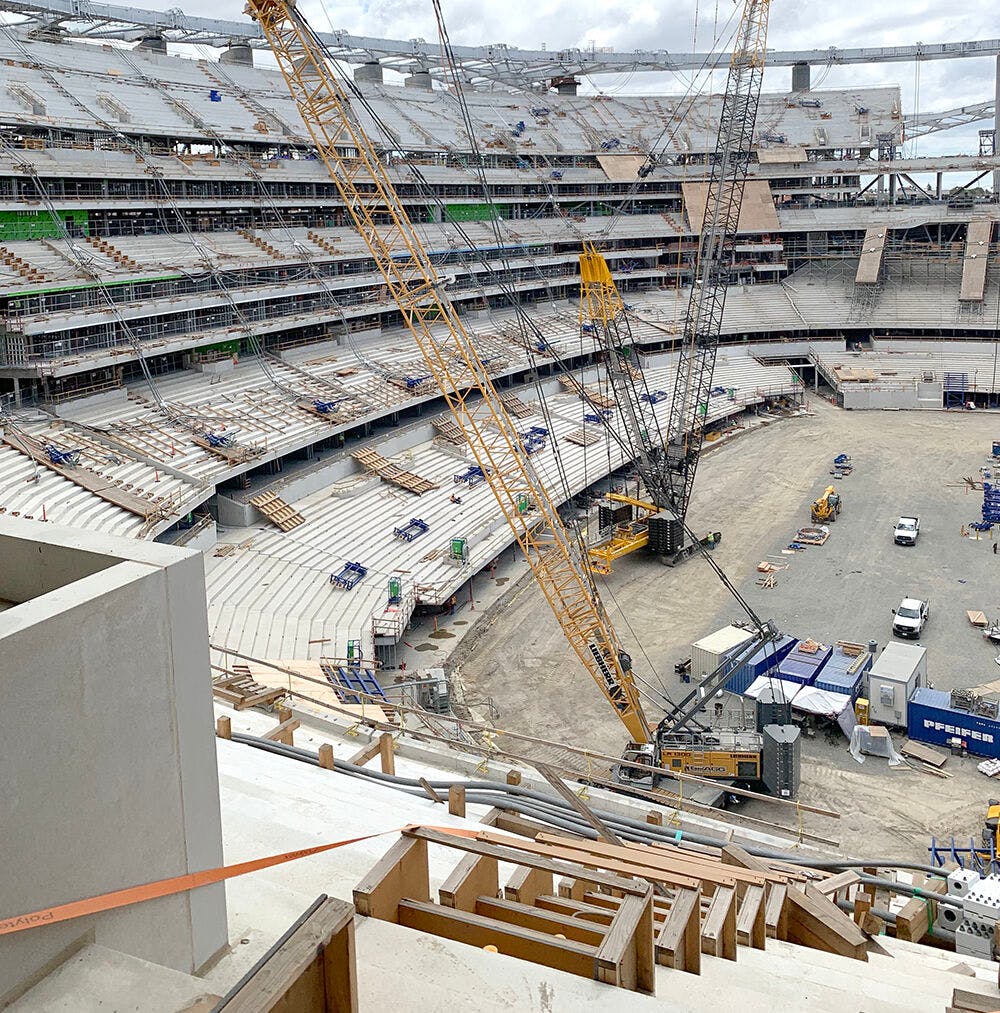 Cranes during the construction of the SoFi stadium.The Euclid Chemical CompanyNow the largest stadium in the NFL, the building sets the new standard in stadium construction. The 3.1 million square foot facility is expected to host a variety of iconic events, most recently the NFL’s Super Bowl LVI, the College Football Championship in 2023, and the Olympic Games Opening and Closing Ceremonies in 2028.

The stadium can regularly accommodate 70,240 spectators, with the possibility of expanding its capacity to accommodate an additional 30,000 people for special events. 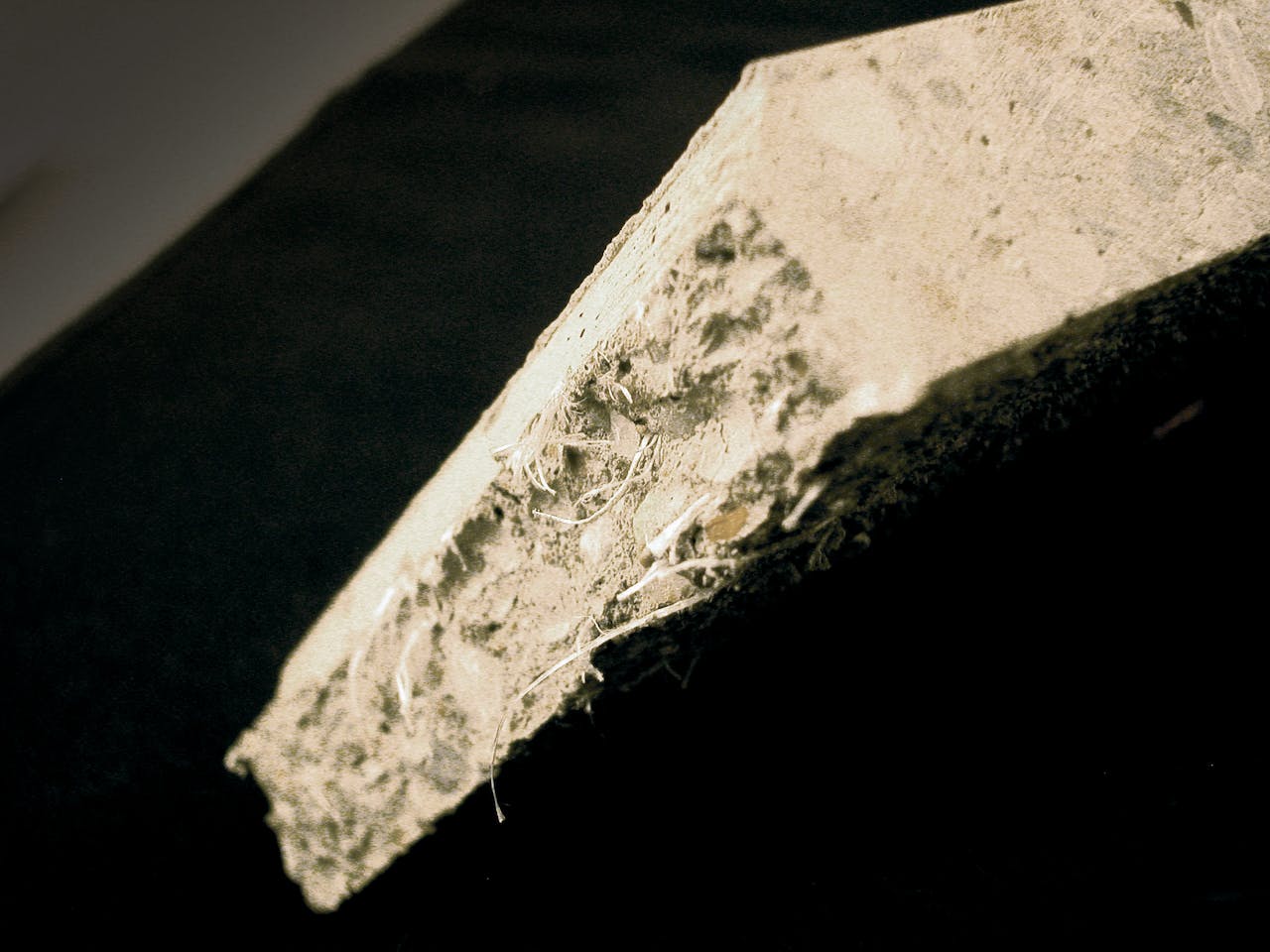 Euclid Chemical’s TUF-STRAND SF seen in concrete.The Euclid Chemical CompanyWhile the action will take place entirely on the pitch, one of SoFi’s most valuable players will not be on the turf but under the bleachers in the concrete of the stadium’s upper decks. Installed as a synthetic macrofiber reinforcement for the topping slabs, Euclid Chemical’s TUF-STRAND SF product was used as a low cost alternative while providing the strength and durability required by the project.

“This is another exciting example of a successful project where macrofibers have been used as a viable alternative to conventional reinforcement, resulting in reduced construction costs, less environmental impact on site, improved safety improved worker capacity and the ability for the contractor to place more concrete faster with less labor required,” says Mike Mahoney, Marketing and Technology Manager for Fiber Reinforced Concrete at Euclid Chemical. We look forward to seeing more projects like the SoFi Stadium built with Euclid fibers in the future.” 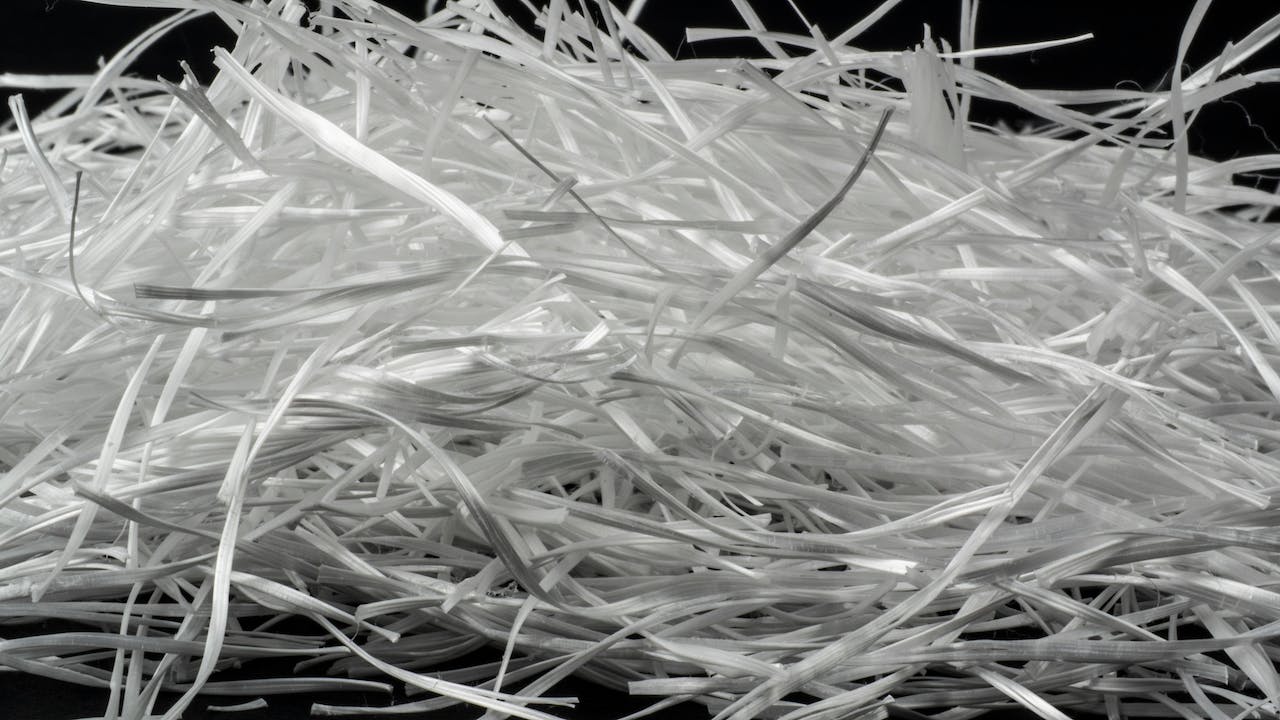 With the ability to reinforce concrete without the weight of steel rebar, Euclid’s TUF-STRAND SF synthetic macrofibers have dramatically reduced construction costs by eliminating the time and labor required to lift to the crane and install conventional steel or welded wire mesh.

In 2013, as reported by the National Precast Concrete Association (NPCA), Euclid Chemical’s Tuf-Strand SF won first place in the Associate Member Product category of the NPCA Sustainability Awards. A study done in partnership with the University of Akron found that using Tuf-Strand SF to reinforce concrete reduced carbon dioxide equivalent emissions by 56% for the reinforcing portion of a floor project .

Euclid Chemical also received the top award in the NPCA Associate Member Plant Category for its initiatives to improve waste management, energy consumption, water use and safety at its manufacturing facility. of Cleveland, Ohio. (ForConstructionPros.com/11318730)